It’s been a long time coming, but finally the paper is out.  Published in Sensors and Actuators B – Chemical, the work on capturing viruses on silver nanowires started several years ago and went through several iterations and improvements before coming out. The research, which is mainly a collaboration between Sebastian Maćkowski’s group at UMK in Toruń and Joanna Niedziółka-Jönsson’s group here at IPC PAS, uses the fact that silver nanowires can be seen in normal optical microscopy and the position of viruses detected using fluorescence imaging can be correlated with the visible image.

The trick to the detection scheme is that the wires are functionalised with specific antibodies for the type of virus of interest (in this case the safe-to-handle bacteriophage T7). When the nanowires are mixed into the virus sample, the wires will essentially “fish” out the viruses from the solution. This makes the detection limit very low. In the mixture is also a dye (SYBRGreen) that stains all present viruses. This makes even a single virus detectable using fluorescence microscopy. The solution is then drop-coated onto a microscope slide and fluorescence and visible light microscope pictures are taken of the same area.  However, only viruses that specifically bind to the the antibody will be attached to the wires, other viruses are spread out randomly across the slide. by correlating the position of the on- and off-wire viruses the number of target viruses can be calculated. This method is reasonably fast, sensitive, and, since it’s not based on amplification of the viruses (like PCR or ELISA) the rate of false positive should be quite small.

One of the original points of using nanowires was that they are known to enhance fluorescence through plasmonic effects. However, since the dye in this case is intercalated into the virus DNA, in the capsid, the distance from the wire to the dye is too large for any effective enhancement, as pointed out in this recent paper.

Martin, who is one of the co-authors, has played a small role in discussing the project, over the years, but his most visible contribution are the SEM images of the virus-covered nanowires and the schematic figure (see above). 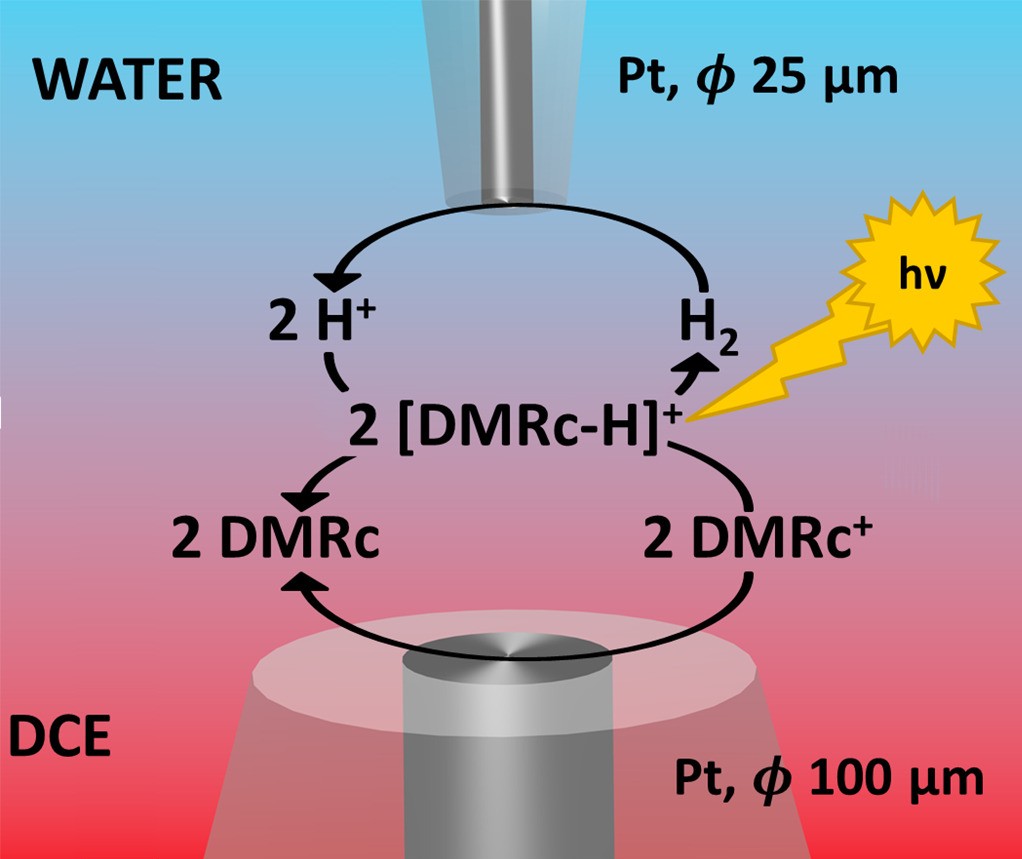 Wojtek had another publication in the series of papers on ion-transfer for H2 and H2O2 generation at liquid|liquid interfaces. In this paper, […]