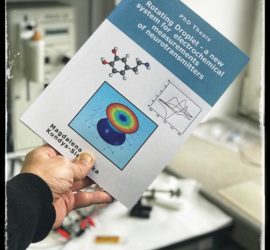 Huge congratulations to Magdalena who passed her PhD defence yesterday! As we are still in the middle of the pandemic, the defence was held online, which really is not the same as a real proper in-person event. But Magdalena passed her Zoom-defence with flying colours and gave good answers to […]