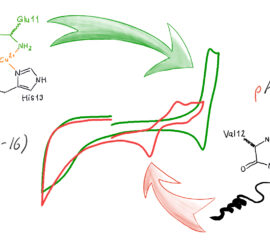 Sometimes publishing doesn’t go according to plan…. Our newly published article in J. Electroanal. Chem. was supposed to have been published before the follow-up in ChemElectroChem. We thought it made sense to first study the shorter amyloid and then follow with a study of the longer one. Some review delays […] 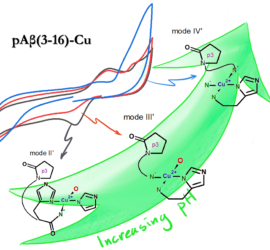 Over the last year, Magda has been working with bachelor student Natalia to investigate the redox behaviour of different β-amyloids. In her recently published paper she demonstrates a significant difference in the redox behaviour of copper complexes with peptides associated with Alzheimer’s disease (AD). AD is a neurodegenerative disorder and […]

Another late announcement, but during the autumn Magda had a grant application approved for “Spectroelectrochemistry of Alzheimer’s disease – a study of a new potential therapeutic molecule”. In this project she will use spectroelectrochemical methods to study Cu(II)-β-amyloid complexes and the effect of copper(II) ion chelators, that can be potential […] 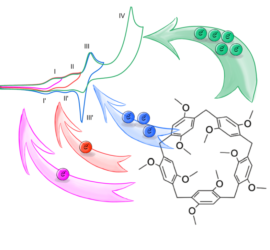 Pillararenes were introduced as a novel class of macrocyclig host molecules in 2008 when 1,4-dimethoxypillar[5]arene (P5A) was synthesised. The pillararenes are similar in structure to the better known cyclodextrins or calixarenes and they can also form host-guest complexes with smallish molecules that can fit into their cavities. In a recent […]

More β-amyloid news! Magdalena got a small grant (Miniatura) to conduct research focused on a selected group of N-terminal β-amyloids, which differ significantly in the way of coordinating copper (II) ions. What are β-amyloids? According to one of the most popular theories they are peptides responsible for the development of […] 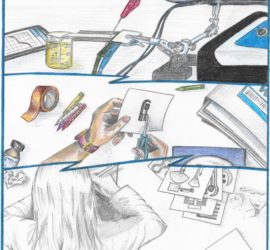 We just published a review-article in ChemElectroChem on paper-based electrochemical devices. Instead of a classic review of the published literature (of which there are plenty for paper-based devices) we opted to write a more practical guide for what to consider when making your first forays into the jungle of paper-based […] 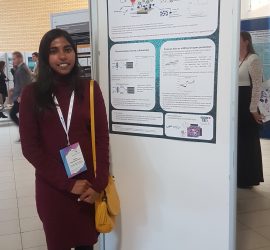 Emilia, Marta, Magda W. and Karthika went to represent our group at the annual meeting of young scientists organized by the University of Silesia in Katowice under the banner Science Beyond Disciplines.  The organization committee did an amazing job! The conference cost was only 40 PLN including a very interesting workshop on the […] 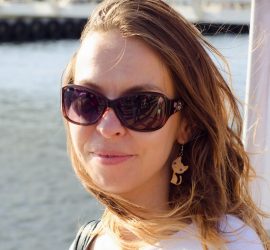 We have a new postdoc in the group, Magdalena Z. Wiloch, who will be working in our ion-transfer project. She is replacing Emilia, who will continue to work in the group but on her own research project. Magdalena finished her PhD in chemistry at The Warsaw University of Technology and […]