Martin just had a grant accepted from NCN for studying “Ion-transfer between immiscible liquids in a paper-based setup”. The project will continue the studies that were published in this paper. The main goal of the project is to investigate and try to overcome the factors limiting the sensitivity of paper-based liquid-liquid systems. The ultimate goal of course is to be able to create a practically usable liquid-liquid sensor.

The pop-science description of the project is provided below:

Ion-transfer between immiscible liquids in a paper-based setup

That water and oil don’t mix is a concept so rooted in our common consciousness that we use it metaphorically to describe other things that don’t fit together. But the concept that compounds in one immiscible liquid can be transferred to the other and that this process can be controlled with electrochemistry is not as widespread. In electrochemistry, we usually look at how atoms, molecules or ions exchange electrons with an electrode. By applying a potential, we can either force the molecules to give up an electron or accept an additional one. Similarly, we can apply a potential between a water and an oil phase and push charged molecules, ions, to move from one phase to the other. Some compounds like water — they are hydrophilic — while others prefer to be in the oil — these are hydrophobic. Some molecules really don’t like being in the oil phase, and we have to apply a good bit of potential, that is, supply a good bit of energy, to make them transfer. Others are quite happy to take the trip at a much lower potential. By applying a sweep of potentials and looking at when something happens, we can understand which compounds are in our solution. This is the basis for ion-transfer based analysis.

So, where does the paper come in? One of the disadvantages of ion-transfer electrochemistry is that the systems can be pretty complicated to handle and set up. As anyone who needed to clean up a mess in the kitchen knows, paper is very good at absorbing and holding on to liquids. But the liquid can also be transported through the paper though wicking. Put a water drop at one point in a piece of paper, and the liquid spreads outwards. For this reason, paper has been used in analytical chemistry for hundreds of years – it can hold onto and transport the analyte solution. We still see it today in pH paper-strips or lateral flow tests, like pregnancy or COVID-19 tests.

Combining the idea behind lateral flow tests with ion-transfer electrochemistry, we hope to make this kind of analysis easier to use and more accessible. The water will be soaked in the paper while the oil phase is held in a glass tube, like a pen that can be applied to the paper to analyse the water solution. In this way, a water sample can be analysed by dipping the paper into a lake or stream and then using the pen to measure its ion content. Air can be pushed through a paper filter which can then be analysed.

But the combination also gives unique capabilities that ion-transfer or paper-electrochemistry on their own can’t handle. One such example is that paper can be used to separate proteins by size. Small proteins flow easier between the paper fibres than large ones. Using a paper flow channel to separate proteins and ion transfer to detect them (because proteins are charged if the pH is low) could be a fast and cheap way of analysing proteins in a sample.

Because the oil-water interface can behave differently when the water in trapped in a paper, we cannot be sure that the methods developed for normal ion-transfer still works for the paper-based versions. So the main task of the project is to construct, test and analyse the paper-based ion transfer systems.

More β-amyloid news! Magdalena got a small grant (Miniatura) to conduct research focused on a selected group of N-terminal β-amyloids, which differ […]

A four-year grant for investigation of ion-transfer between immiscible liquids under hydrodynamic control was just accepted by the National Science Centre. Recently NCN […] 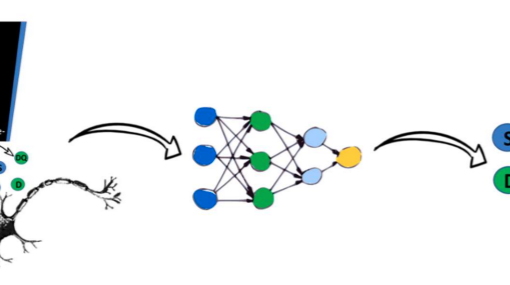