A four-year grant for investigation of ion-transfer between immiscible liquids under hydrodynamic control was just accepted by the National Science Centre. Recently NCN declared that each grant application needs to include a one-page popular science description of the proposed work, that will be published when the grant is accepted. The Polish version is available on the NCN webpage. The English version can be found below.

The grant also means that we will be looking for two new PhD students and a post doc to work in the new project. More detail will come in a separate post soon, but those who are interested can please contact Martin for more information.

Moving interfaces: Transfer of ions and molecules between phases in hydrodynamic systems.

Oil and water don’t mix. But if you bring oil and water together chemicals dissolved in the oil might migrate across the oil-water interface into the water. And of course chemicals in the water can move into the oil. Transfer of chemicals across the interface between liquids that don’t mix is important in many biological processes like photosynthesis in plants or transport across the cell membrane. It has also been suggested that it can make chemical synthesis more efficient if the product could be transferred to a different liquid to reduce the need for purification after the reaction.

In many cases the speed of chemical processes are limited by how fast the reagents are supplied to the reaction zone. In a vessel with still solution this happens through the relatively slow process of diffusion, like the spread of a drop of ink in water. To speed up the process one can add what is called hydrodynamic control, which is when the liquid is moved around, e.g. by stirring. We will use a microfluidic system, where liquid is pumped through narrow channels for hydrodynamic control. One reason is that this uses very small amounts of reagents, that are often quite expensive. Another reason it that using computer-controlled pumps this gives us a very good control over the flow of the liquid.

A novel way of hydrodynamic control is a method called electrowetting on dielectrics (EWOD). By applying a voltage between two electrodes immersed into two liquids (but protected by a dielectric so no current can flow), e.g. an oil drop in a water bath, the strength of the surface tension between the liquids can change. This affects the shape of the droplet. If an alternating voltage is applied the droplet can start to vibrate, causing motion of the liquid in the droplet.

Using these systems for controlling the motion of the liquids we want to see if we can understand how the flow affects reactions taking place at the interface between two liquids. Equally importantly, we will also investigate how we can use the flow, and the effect of the electrowetting on the interface between the liquids to control the reactions. Can we use these methods to increase the rate of enzyme reactions? Or to lower the detection limit of ion sensors?

Another way of controlling the transfer of ions or other reagents through the interface is to use other molecules that are good at “helping” this movement. Such examples are the ionophores which are molecules that bind specifically to certain types of ions. This works quite well in stationary systems, but how will that work if the ionophores are flushed away? These molecules are very expensive, so somehow they must be recycled. Is this possible?

In conclusion, this project is about investigating reactions at the interface between non-mixing liquids in flowing system and to understand and exploit the possibilities of controlling such reactions.

Here’s a short update on what we’ve been doing lately Emilia gave a talk at the Polish Scientific Network meeting in Łódź. […] 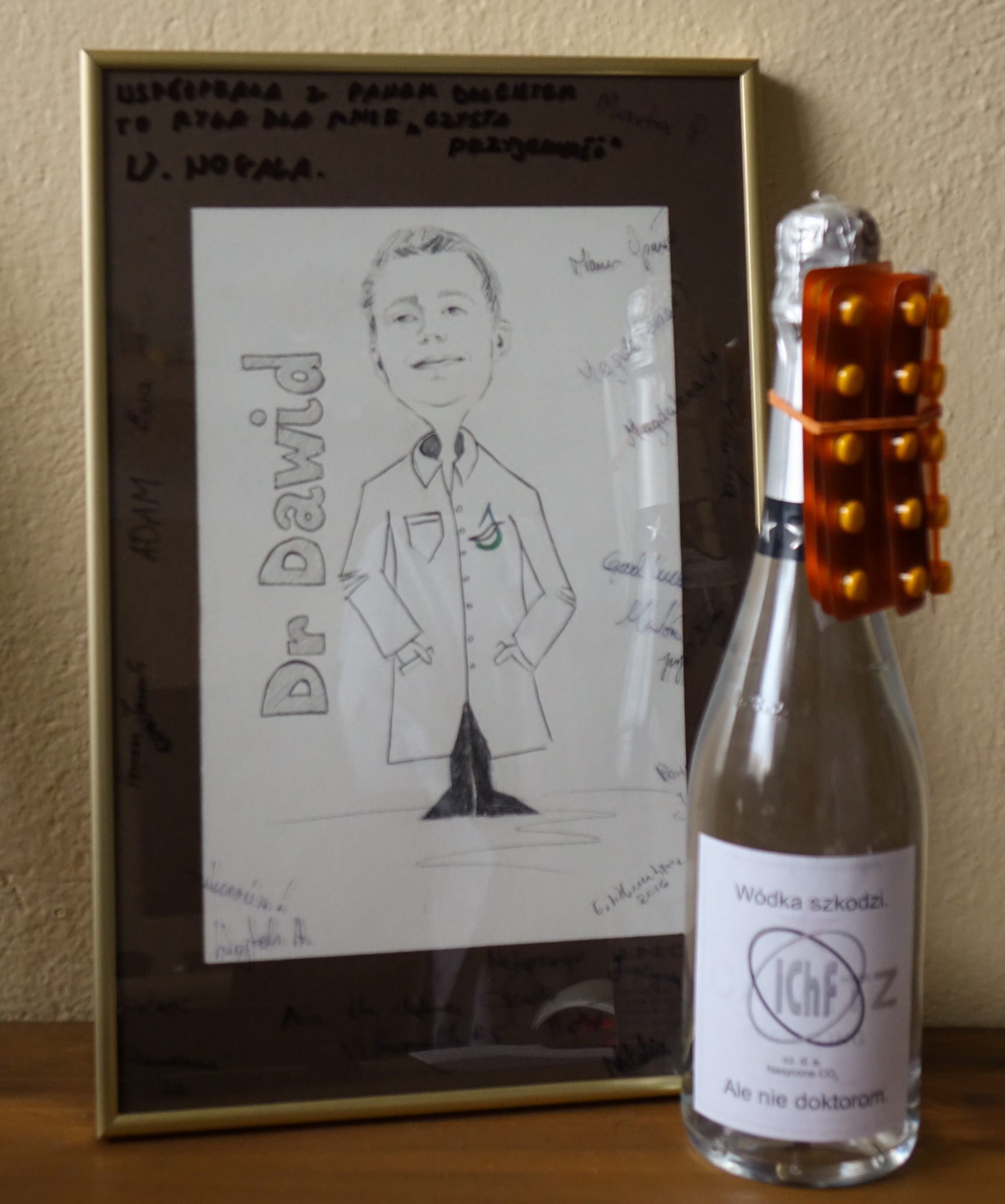 Dawid successfully defended his PhD thesis on Thursday, and today he was officially recognised as doctor of chemistry by our scientific council. […]

We just had a paper published in the Journal of Power Sources.* This paper has been a long time coming. It was […]